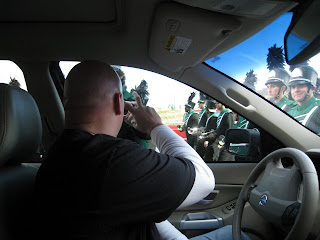 Tab, Erin, and I drove to Denton on Saturday to support our own Arkansas State Red Wolves while they played North Texas. We didn’t really know where we were going, and somehow we ended up on a very small road (some might call it a sidewalk). The entire band was coming at us and there was NO where for either of us to go. So, we just parked and the band walked around us. As you can tell from the picture Tab was extremely mortified!! He could hardly look up. Yeah, right!! The band members were giving him the claw sign (b/c they’re the eagles) and Tab was shooting back some sign himself. It was definitely picture worthy! 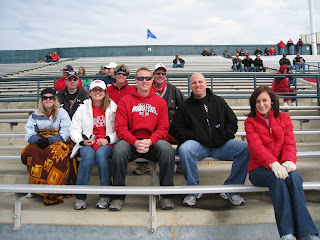 The crew that toughed out the entire game in the cold just to watch ASU defeat North Texas. 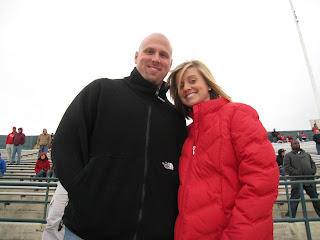