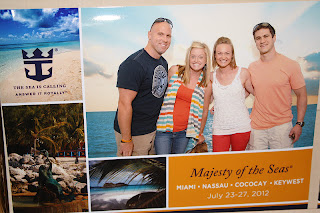 This is how we looked as we boarded the ship on Monday.  We were super polite to the photographers in the beginning.  After numerous pictures, we were still polite, but we started posing crazy and being really silly. 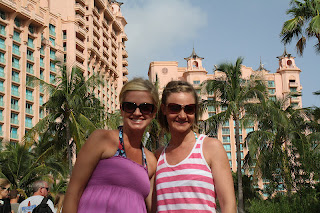 Day 2…we woke up and were in Nassau, Bahamas.  We ventured out on our first excursion to the Atlantis Resort.  It was SO beautiful! 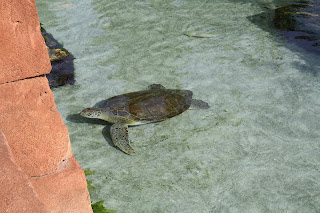 There were all kinds of marine life all throughout the resort. 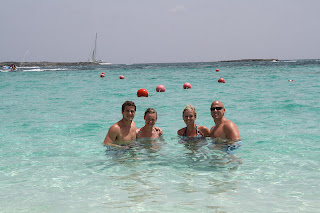 We hit the beach for a few minutes at the resort.  BEAUTIFUL!!  The water was so clear.  We could see our toes. 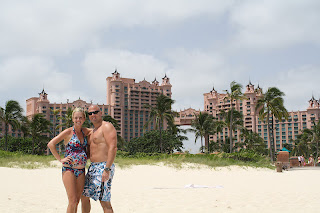 Look closely…how did this preggo get on waterslides??  I really thought no one could tell!  ha!  When I looked at this picture, I was shocked!!  My belly is out there! 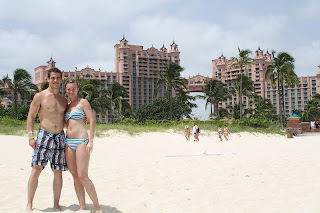 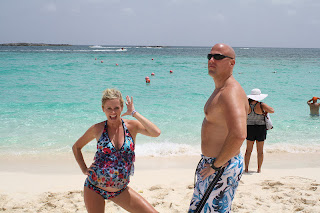 I don’t know WHAT this was all about!!  But…I thought it was too funny! 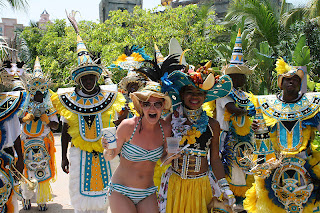 We hung out most of the day in the waterpark area.  I didn’t do that many slides…only slides with tubes.  But…it was so nice.  I’d lay out and read a book while they were doing the dangerous stuff.  Right in the middle of the day, this band came parading through! 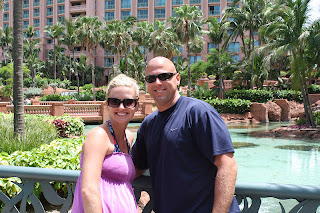 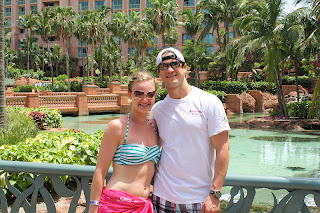 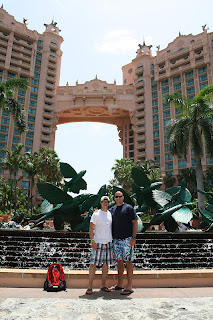 The guys were all about the scenery.  They did not want to miss a photo op! 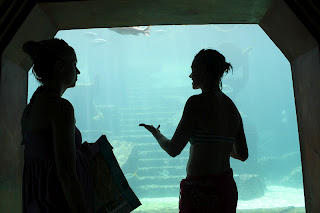 They have an archealogical dig area where they discovered this town that was destroyed by maybe a hurricane or a tsunami??  I really want to watch the cartoon version of Atlantis to get all the specifics!  But…it was pretty interesting.  I obviously wasn’t as in to it as Whitney…look at that picture! ha! 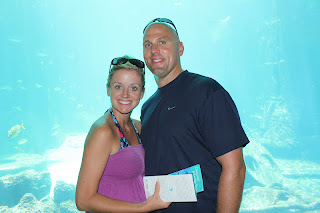 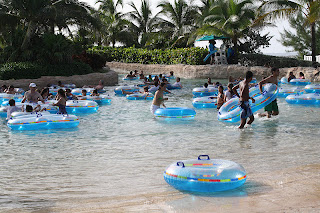 This was a lazy river/whitewater rafting experience ride…ha!  There really wasn’t much lazy to it.  There were rapids and waves…super fun! 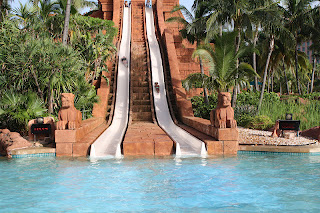 Preggo did not participate in this one. 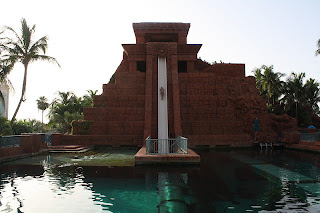 This is the waterslide Atlantis is famous for.  I happened to see the Amazing Race episode that was at Atlantis.  I remember telling Tab I wanted to go there.  The water that you see has sharks and other animals swimming around, but the person goes through that tube. 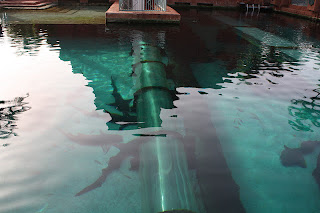 Sharks swimming around the tube.﻿ 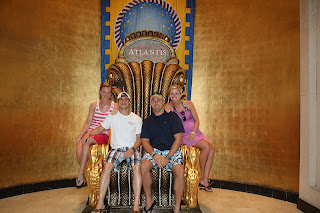 Last picture right before leaving…an excursion that was SO worth it!  Preggo or not…I had a blast!!

Night #2…we missed the show, because we were having so much fun.  We went to dinner and then stopped by the party at the pool for a few minutes.  Another great day!
Erika
1 Comment
Share