It’s time for some ENTERTAINMENT talk!

I wish I did this series every month, but I don’t because the truth is-I go on reading kicks where I read in any extra spare time I have and then I go on a reading freeze for a bit.  Where I glance at my night stand full of books just waiting to be read and think-WHY HAVE I NOT BEEN READING?!  Then I pull up the covers and keep watching Bravo.  😉  #booksandbravo #onrepeat

Instead, I’d say these are the books I’ve read in the last two months.

I’m sure you’ve heard of this series by Elin Hilderbrand.  I’d heard about them over and over, but I’d remember I wanted to read them in June.  Not that I couldn’t have read a winter series in June, but I didn’t want to.  I wanted to read them in the middle of the Christmas/winter season.  This October, Shay and I were talking about what books we’d read when she mentioned she’d just read the fourth one in this series.  BINGO!  It was the perfect reminder for me to read them “in season”.  I’m not going to share about each book in the series, but they’re very cute-Family Stone meets rated “R” Hallmark Christmas movie?  If that description makes any sense.  You fall in love with the characters in the first book and are rooting for them all throughout the rest.  It’s centered around a family with four children and they’re just like any American family-they have their issues.  There’s jail time, rehab time, and more so definitely some twists and turns but if you’re a fan of Elin Hilderbrand, you should definitely check these out!

All the Missing Girls by Megan Miranda

This is what Amazon had to say about All the Missing Girls, “Like the spellbinding psychological suspense in The Girl on the Train and Luckiest Girl Alive, Megan Miranda’s novel is a nail-biting, breathtaking story about the disappearances of two young women—a decade apart—told in reverse.

It’s been ten years since Nicolette Farrell left her rural hometown after her best friend, Corinne, disappeared from Cooley Ridge without a trace. Back again to tie up loose ends and care for her ailing father, Nic is soon plunged into a shocking drama that reawakens Corinne’s case and breaks open old wounds long since stitched.

The decade-old investigation focused on Nic, her brother Daniel, boyfriend Tyler, and Corinne’s boyfriend Jackson. Since then, only Nic has left Cooley Ridge. Daniel and his wife, Laura, are expecting a baby; Jackson works at the town bar; and Tyler is dating Annaleise Carter, Nic’s younger neighbor and the group’s alibi the night Corinne disappeared. Then, within days of Nic’s return, Annaleise goes missing.

Told backwards—Day 15 to Day 1—from the time Annaleise goes missing, Nic works to unravel the truth about her younger neighbor’s disappearance, revealing shocking truths about her friends, her family, and what really happened to Corinne that night ten years ago.”

If you were a Gone Girl, The Woman in Cabin 10, or Girl on the Train fan then you should read this one!  Super suspenseful and I didn’t want to put it down until I figured out what had happened!  #thelaundrysufferedwhileIread

Don’t You Cry–Church of the Small Things

I read this one last year, but if you’re looking for a great read during the Christmas season consider Max Lucado’s Because of Bethlehem.  I read it last December and it is so good! 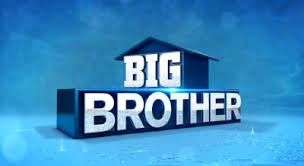 Have you guys heard anything?  I found that it should be airing on February 7th and CBS has it set to go up against the Winter Olympics!  EEK!  I also learned the Celebrity Edition is only running for three weeks-four nights a week I should add-but just three weeks.  Please let us all know if you’ve seen the list of house guests!!  {I couldn’t find that.}