I love chatting entertainment with you girls and today is the day!  I must add this was not my best batch of books, but the excitement on Big Brother could keep us talking for days!  Right?!

First Comes Love
I’m a huge Emily Giffin fan.  I love all her other books, but this one wasn’t my fave.  It’s a story about two sisters who are both struggling with finding love in different ways.  The chapters are written from each sister’s point of view so we get to know them both well.  A cute chick-lit book, but not my fave.

The Life Giving Home
I’m also usually a big Sally Clarkson fan, but this one wasn’t my favorite book either.  The chapters are written by months, so Sally and Sarah describe things you can do in your home during each month to make your home more life giving.  Some ideas were great, but many chapters were a little redundant. 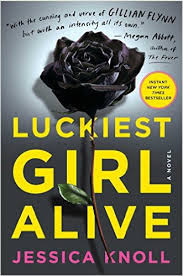 Luckiest Girl Alive
Amazon recommended this one to me.  Let me start by saying that I’m a fan of those dark, kind of creepy, suspenseful books but this was one too much for me.  It was too dark.  This book is a bout a girl who has a tough time in her younger years.  She is humiliated time and time again but lands this amazing job and is living a good life.  She has a secret from her past that haunts her and the book is all about how she handles that-eventually she spills.

Carry On, Warrior
Do you guys know this one?  Glennon is a Christian author who wrote this book about her life.  She’s had some major ups and downs and knows God has a plan for her life.  I would give this one mixed reviews….some things she said were great, amazing, and I was nodding my head in agreement, but she used really foul language throughout the book.  I was a little confused to be honest.

See Jane Run
I ordered this book last year when I read Big Mama’s reading list she compiled from her readers.  When it arrived in the mail, it was one of those small, tiny font type books and it was written in the early 90’s.  I had it in the console of my car-just in case and on the way home from San Antonio my book was IN a suitcase in the back of the car so I opened this up and got started.  Again, this was another suspenseful and dark novels.  Jane comes to as she’s walking down the street and she remembers NOTHING about her life.  Her name, where she lives, if she has a husband…nothing.  Throughout the book, she discovers her family and has to figure out why her subconscious wanted her to forget some previous events.  There is a “dark” part in this one too.  🙁

I should stick to butterflies and rainbow books next month for sure.

These two probably couldn’t be further from each other if they tried.  🙂  I’ll keep you posted.

I get asked a lot WHEN I read and the answer is mostly at night.  When the kids go to bed, it’s my down-time to relax so I’ll read a couple chapters before bed.  I also try to think ahead and if I have the possibility of any down time waiting for an appointment or something I’ll bring a book. 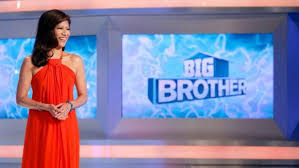 We MUST discuss Big Brother!

*I was a Paulie fan from the start, but I have to say I was glad to see him go.  He changed a bit inside the house and it wasn’t a good look.  I think he realized it too.
*Who are you cheering for now?
*I am a Paul fan too, so I’m hoping he wins the veto tonight!
*If Paul goes home, I’ll be #teamjames all the way!
*What are your thoughts on Victor’s nomination speeches?  If I was inside that house while he was giving one, I’d either have hives or be nervous laughing the entire time!!  #awkward

Bachelor in Paradise
I’m sad or maybe actually happy to report I’m officially too old to watch this show.  All the shenanigans used to be a favorite, but this season is too much.

*Chad saying ugly things to Sarah was ridiculous to me.  We’re in 2016 and ABC is going to air him saying that and then they only told him he had to leave because she said it’s him or me?  WHAT?!  ABC….you’re better than that.  Wasn’t that awful?
*Grant, probably eight hours before Lace is kissing you she was ALL about Chad.  Now that he’s gone she’s your number one fan?  That’s not right.
*Carly and Evan….???

I’m marking it down in my calendar as the year I quit Bachelor in Paradise.  #justtooold

I hope I never outgrow this show.  The Real Housewives of New Jersey might be my favorite!  #ithinkisaythatabouteverycity

What about you girls?  What are you reading/watching?  Any must-reads you’d love to share?